This is amy’s contribution to our first zine (Content Warning mention of abortion):

I support a person’s right to an abortion and I am a vegan.

I’ve seen many vegans try to argue that abortion goes against the principles of veganism. But I’m a vegan because I’m pro-choice, not “pro-life”. I sup- port the bodily autonomy of all animals. It’s not wrong to consume animal products because they are killed for them – if that were the case, then it would be acceptable to consume products from an animal who isn’t going to be killed, regardless of how they’re being treated. It’s wrong to consume animal products because they cannot consent to their captivity: their bodily autonomy is being violated, in the same way that a human’s bodily autonomy is being violated when they are denied an abortion. That’s why it makes more sense to be a pro-choice vegan than a “pro-life” vegan.

Below the image of the text as it is found in the zine: 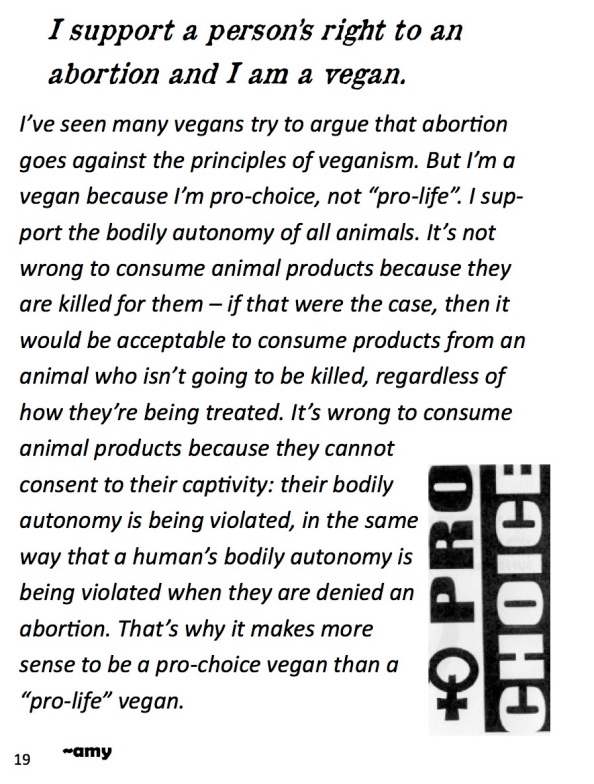 One thought on “Vegan and Pro-Choice – by Amy”